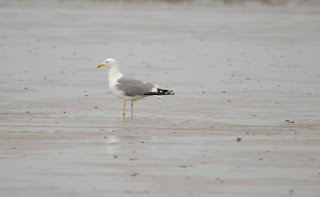 The Hudsonian Whimbrel showed both early and late on the saltings to the north of Biggar, however, due to the small tides only brief flight views were obtained. High tide tomorrow is at 0511hrs and 1742hrs. Also, an adult Yellow-legged Gull showed well along the western shore mid-morning before flying south.
Offshore
The evening tide saw 10 Little Tern and a first-summer Shag feeding in the mouth of the bay while movements further offshore included 50 Sandwich Tern, 20 Common 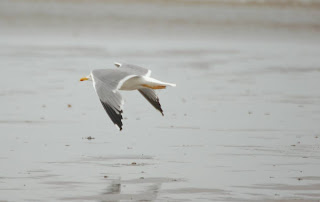